Here's another round of updated HamWarmer 24.5 PDFs. Testing will continue until I lose interest, civilization collapses, or I achieve perfect balance.

I'm reasonably happy with the results so far. Alternating activation makes the game feel much more dynamic. It's trivial to put together a list.

And finally, here are a few pics from a test game. 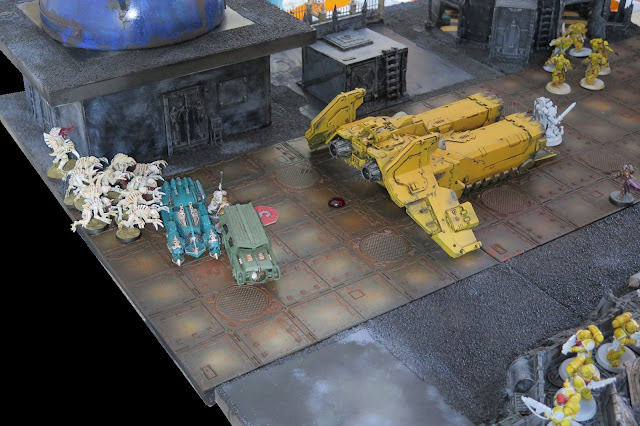 Sneaky Genestealers attempt to seize an objective, but the civilians escape just in time, exposing the Genestealers to devastating bolter fire. 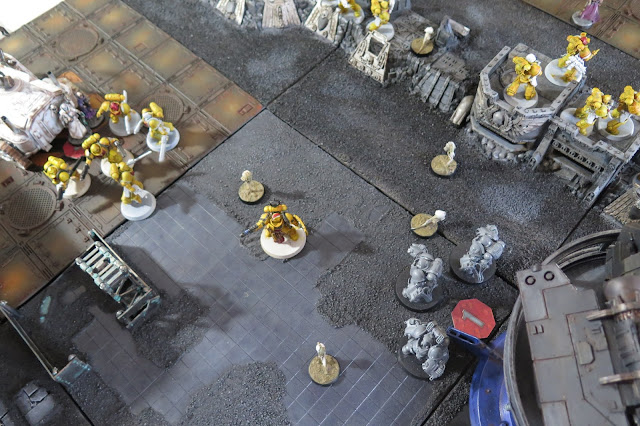 Meanwhile, Spore Mines rain down on the battlefield, inflicting a few superficial injuries but ultimately doing little to deter the Astartes. 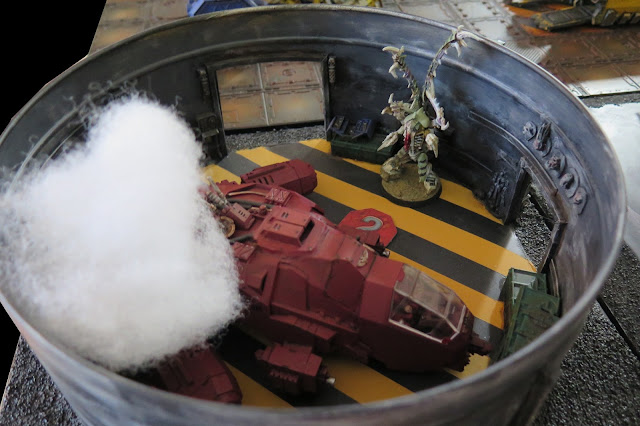 A Lictor destroys one shuttle, but it is a minor victory for the Hive Mind. The majority of the precious biomass in the spaceport escapes... for now.
Posted by Skerples at 23:17