OSR: The Secret of Steam Hill, Session 2 (Everyone Dies)


At the end of the last post, I asked, "What would they find in the halls of Steam Hill? What treasures and dangers would they uncover in that mythical place? Would any of them survive?"

The answer is apparently "death, none, and no." They all died. 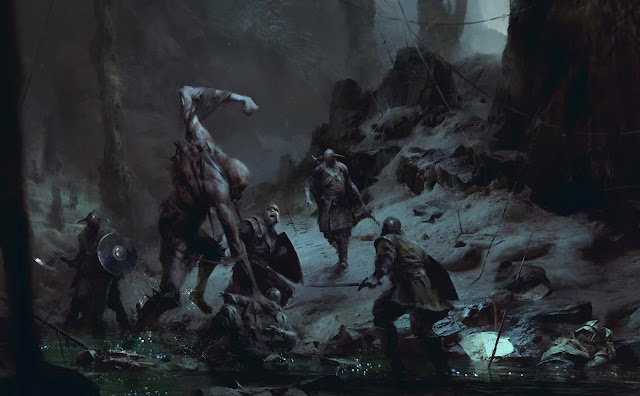 It didn't happen immediately, of course. But because it happened, and there are no living characters left to tell the tale, I'll gloss what happened so I can talk about why it happened.

The party continued to explore the wooden buildings on the top of Steam Hill. The buildings formed a sort of bath house or spa, with comfortable rooms filled with fine linen, freshly washed robes, steam, and soap. The bath house also contained scald zombies. These hideous undead creatures were covered in full-body burns, their skin blistered and weeping, their teeth gnashing with hunger. The scald zombies devoured the party's horses, attacked them, mangled their flesh, and generally caused havoc.

After clearing the upper rooms and resting overnight, the party descended into the hill itself, using a chain-driven elevator. Beneath, in the ancient tunnels below the bathhouse, they were startled by traps, baffled by valves, frightened by phosphorescent tentacles, and then, finally, lost. Their one torch (one!) went out, and they had to navigate by the light of a hastily constructed alcohol lamp.

In a gigantic room full of ancient turbines they were attacked by a vampire in a pressure suit. They didn't know this at the time, but they did know their attacked resembled the mysterious round-headed god the bathhouse-builders had worshiped. The party decided to fight it. Things went wrong immediately.

Blahriel the Elf Wizard drew her bow and shot the creature with an arrow. It immediately (next in initiative order that turn) leapt over and pummeled her to death with its wrench-syringe fingers. Blahriel was already at 0 HP and had some recent fatal wounds. I've got to post my amended Death and Dismemberment table soon. but in any case, it wasn't pretty.

Shocked, Bob the Summoner stood to the side and watched the fight, unwilling to engage with just his dagger. Biscuit the dogling highwayman, missing an arm and badly concussed from last session, ran away.

RAAA-ger the Barbarian hurled himself into the fray alongside Sir Gilesworth. Unfortunately, he was still carrying the alcohol lamp, and the fragile bottle shattered in combat. Sir Gilesworth, Bob, and RAAA-ger were set on fire. RAAA-ger was blinded and flew into a terrible rage. He spent the rest of his life futility attacking friend and foe alike.

Bob, who also had several fatal wounds from past encounters, was missing an eye, and was fairly low on HP to start with, expired from the burns and glass shards. Before he died he threw a flask of oil at the vampire. The fireball caught his dying elf friend on fire, but also caused the vampire to briefly retreat into a nest of steam-pipes.

RAAA-ger, navigating by sound and instinct, charged after the creature and was swiftly punctured to death. The vampire, with its domed helmet broken by the knight's sword, could freely feast on the owlling's flesh. By the time Sir Gilesworth found them it was too late. He fought bravely but briefly and died to the vampire's crushing embrace.

Meanwhile, in total darkness, Biscuit tried to find the surface. Lost, assaulted by zombies and fatally wounded, and chased by a vampire in a pressure suit, Biscuit stumbled down a passageway and expired peacefully in a water-filled chamber after eating a ration.

This was my first ever Total Party Kill. 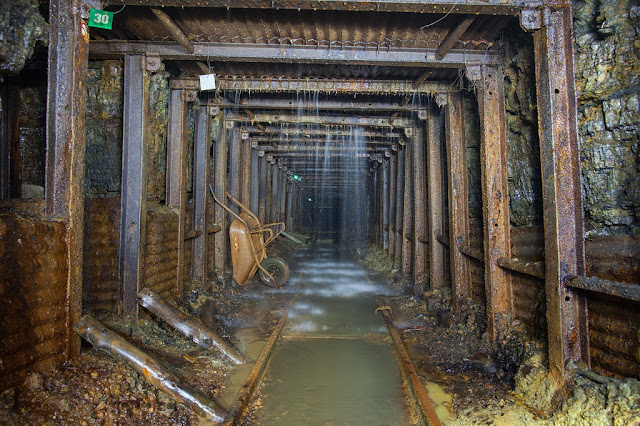 Lessons for the GM:

1. The Blizzard Eel did not teach the lesson I'd intended it to teach. Rather than learning "run the fuck away from some enemies" the party learned "you can fight anything and, although you might be maimed, still live".

2. The setting for the dungeon is too isolated. I'd intended the blizzard and the remote setting to force the players to use the materials at hand to solve their problems. The dungeon is designed to provide lots of raw materials for interesting schemes to solve puzzles.

Instead, the players felt (unconsciously) that the only way out was forwards. The isolation created a sense that retreat was impossible. Even after many, many, many serious wounds, the party pressed onwards and downwards.

3. I should have played up the ominous feeling of the bath-cult and their god earlier and more thoroughly.

4. I didn't design the dungeon with the same care and interlocking structures as Tomb of the Serpent Kings, and it showed in play (at least, to me). Too many rooms lacked useful details or really important lessons. The dungeon needs a lot of work.

5. Players in this group describe how they check for traps and hidden danger in a much more loose and free sense than my other group of new OSR players. That might be related to (4), but it's worth noting and planning for.


Lessons for the Players:

1. If you all decide to fight, it's probably best if you all actually fight.

2. Having a plan and coordinating well is important. Nobody knew you only had one torch until it went out. You'd made more, but stored them upstairs.

3. If the GM asks "What do you do?" and you hesitate and start arguing, not because you don't have enough information, but because you can't decide, then expect problems. You might take a penalty to Initiative, you might encounter wandering monsters, etc.

4. Think about the dungeon and it's purpose.

5. Don't assume you have infinite time to act and explore. The world is not a fixed place that exists only if there are PCs observing it.


Anyway, a new party will be heading back to Steam Hill. The group decided that they have unfinished business. Of course, they'll need to wait until spring to cross the mountains. Steam Hill may have changed since the last group of adventurers met a grisly fate inside its stone warrens.