You should not tax PCs by this method if your game is:

But if you'd like to run a more detailed semi-medieval game without adding dozens of subsystems and extra rules, read on to see why I'm suggesting the ludicrous things in the previous post.


People also keep asking "how do I introduce domain-level play to my games?" The answer is, "at level 1, via taxes."

This is a fairly important problem. The core sequence of a tomb-robbing treasure-grabbing OSR game goes something like:

We have excellent rules for building characters and it's easy to write more. We have rules for danger, combating danger, getting loot, and getting stronger. We have tables of things to spend loot on. We even have decent rules for castle-building, peasant-bothering, knight-hiring, and other domain-level events.

But how do we get from "Loot Tombs" to "Lord of a Castle"? More importantly, how do you get players to start thinking of the world in those terms?

Do I have to?
You don't, obviously. Players set their own goals. If the entire group is focused on the getting stronger step (via better gear and leveling), then this system for taxation only hinders their goals. You'd be better off building granular gear and fine-tuning encounters. If the entire group is focused on eating dungeon meat, focus your time and energy on that.

But new players seem to light up when they learn that they can be lords of estates or get wizard towers or shops or fancy hats. It scratches the Minecraft- or Sims-like instinct to build and tinker. It says "you can make a difference in the setting." It provides a coherent motivation for risking your life - if you succeed, you can level up in society.

Can't we just buy a castle?
You might be wondering how taxes (which take money away from PCs) is better than letting PCs spend their treasure as they like. Surely they could just buy a castle if they wanted one. It's a classic idea, but it's also very anti-medieval. I completely agree with the article that OD&D and many of the games following in its wake are based on American mythology rather than Medieval European mythology.

Your setting is your own. If money is the answer in your setting, either for worldbuilding reasons, nostalgia, or just convenience, that's completely fine. But if you're interested in a medieval setting, money is not the answer. It's the start of the answer, but it's not the lever that turns the world. That lever is feudal obligation.

"Medieval" clearly means "no fun" then. Why would I want that?
Part of what I'm trying to do in this sprawling and badly planned series of posts is show that semi-medieval games aren't just about lords kicking over your sandcastle and knight thundering into battle and peasants dying of trivial illnesses. 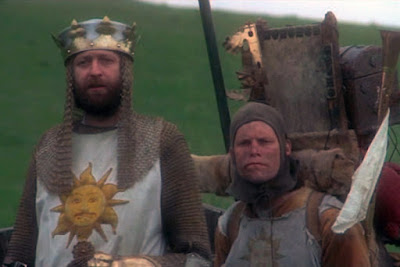 The past is weird. Now there are some really excellent bloggers who write excellent weird things, but they can't hold a candle to the past. You might chuckle at the Byzantine Table of Rulers but remember, all that stuff actually happened. Any given history book is full of ideas, and if you choose to run your game in a semi-medieval setting, you can steal from all of it.

Taxes, just like gender restrictions for classes, religious controversy, warfare, or plagues give the PCs an interesting problem to solve or circumvent. They promote lateral thinking. Just like Tomb of the Serpent Kings is designed to train the players secretly to make them better at dungeoneering, taxes are designed to make them better at politics, world involvement, domain-level thinking, and lying to authority figures. And just like TotSK, it trains GMs as well.

My players would hate if it I took away their money.
Correct. It's how our brains work.

Say I agree to pay you $80 a week to pull turnips out of the ground. Unfortunately, I only have $100 bills. I give you $100, you give me $20 back. From every single study I've ever seen on the subject or similar subjects, you'll resent me more than if I just gave you $80.

That's ridiculous! It's illogical and a relic of our lizard-brains seeking fairness and more fruit. But it's also impossible to avoid. You can't dismiss it by hand-waving and logic. It's  partly why most taxes are collected on paycheques rather than withdrawn later. It's a way of tricking your brain.

The situation becomes even stranger when you apply it to RPGs. The coins are purely imaginary. Nevertheless, you need to think about brains and fairness. They are real in your game.

So to make taxes work you need:
1. Player Buy-In. You need to say, up front, "You might not be able to keep all the loot you find. Here is why. Here are the benefits."

2. Interesting Stories. Taxes can't just be a number and a faceless NPC (unless you're in the Wicked City or somewhere awful). The money has to go somewhere and mean something.

3. Medieval Brains. This is... tricky. I cover it a little bit in the "Introduction to New Players" post, and it's hard-coded into the classes I've built. You can't think like a rational modern human. Your players can't think that way either. You need to train them to think of the world in a different way.

Side note: I'm going to write a post about this and "rational kobold syndrome" later.

Here's how it benefits the players:

Connections and Backstory
PCs start disconnected from the world and from each other. They pop into existence and need to stumble around and build connections. Taxes are a system to build feudal connections quickly, using the fuel of OSR games; money.

Your starting class binds you to one of the Estates (or puts you outside of them). I'm slowly going through the classes I use and posting "useful" versions. So far, only Knight and Fighter are ready to go. Right off the bat you have a place in the world. You can't easily start as "Joe Orphan, whose parents were killed in a tragic backstory, and who answers to no one and nobody." The world is medieval. Everyone has a place.

Side note: I'm trying not to go too far in the other direction and end up with 9-page backstories for PCs who die 20 minutes into a dungeon. The classes I've built so far seem to balance that fairly well. It's less about rules and tables and more about mindsets and story seeds.

Problem Solving
Taxes are presented as a problem to be overcome. Some players might instinctively solve it by trying to overthrow the entire feudal system. That's a silly solution. OSR games have Fighters but discourage fighting. Taxes are a very big, fiddly, and interesting OSR-type challenge.

The rules here are the obligatory case. They are equivalent to "the dragon has 10HD and deals 1d8+2 damage with bite attack". What does that teach you to do? Don't get bitten by the dragon. You don't get XP for it anyway.

A slightly smarter player might think, "I can't fight the system, but I can just hide all my treasure in a hole and come back to it later. My lord can't tax treasure he doesn't know exists." That is an option. It's not even a terrible option. It's on the level of setting up a watch system for a campsite or opening a door cautiously.

How do you explain your new-found wealth? How do you protect your hidden treasure? How do you avoid being robbed or hung if you are discovered? How do you open a bank account? Living the tax-free lifestyle is an option but it's a very dangerous one, and it's also not an optimal use of your money.

A really smart player will think, "I can't fight the system. If I hide all the treasure, my lord will ask questions. But if I give him a portion of my treasure, tell him it's all the treasure, and then he gives me some back, I end up ahead in several ways. I've improved the disposition of a powerful NPC. I've enriched his land (which one day might be my land if I'm cunning). I've also kept a fair share for myself. Rather than fighting the system or avoiding the system, I'm gaming the system."

And that's smart. That's like hiring someone to open doors or keep watch.

Side note: Doesn't this take away player agency? The GM is the one deciding how this NPC lord reacts, right? That seems unfair. She could make the lord a jerk! She can make them insufferably smug! How is that fair? Why should I give up my treasure to the GM's whim?

Second, your GM is not whimsical. They aren't imposing taxes just to be mean or to punish you. They are part of the setting. You bought into this. Trust me, it will all work out. Everything else has.

Here's how it benefits the GM:

It forces you to think about the connections between the players and the world. In a feudal setting this is incredibly important. You can't just have 5 people show up out of the blue and ready for dungeon-crawling. You'll need to tie them to the world somehow.

So you need to create a lord for the region. You need to figure out who the PCs answer to (in theory). Taxes aren't just an impetus for worldbuilding; they are a framework to build worlds on.

You also get to introduce politics and domain-level play immediately, even if it's in a very distant way. You get those wheels turning.

It also provides you with a great way to inject medieval weirdness into your game. Conspiracies, rebellions, kidnapped nuns, penitent bishops, drunk kings, and lost causes all turn up via the connection between the players, their lord, and the feudal structure. That connection is built from taxes. Taxes are a pile of plot hooks.

But it's also a player-driven pile of plot hooks. The worldbuilding only happens when they are involved. Because the taxation interactions require the players to be present, you don't need to sketch out the feudal system. You just need to sketch out one corner of it - the corner that relates to the PCs.

Side Note: Purchasing Power. If you've decided that, more or less, the PCs are going to lose 80% of the looted treasure they get, you could just bump up all treasure values in the dungeon proportionately. Bear in mind that this might come back to bite you if they decide not to pay taxes.

You don't want to prevent the PCs from purchasing useful or vital items. You should never (unless you're trying to do something interesting politically) tax the PCs to the point of poverty. They should still feel rich, just not as rich as they could be.

They also set you up for banking and credit, which is an entirely separate post that might never get written.

The feudal system is everywhere.
You are bound to the world and the system.
You are obligated to serve your lord.
You owe them taxes on your labour and produce.
But you just found a lot of money. Seriously. It's more money than you've ever seen before.
If you hide your loot, you put yourself in danger.
If you fight the system, you will not win.*
If you game the system, you'll get everything you want and more.
You have to be smart about it.

*unless that's the kind of game you want to run, which is completely fine.

And that's pretty much it. Post questions or rants below.