Stats: as a wyrm or dinosaur. Whatever you've got that's 15' long and made of scales and murder.
Appearance: a giant gray eight-legged lizard with a flat crocodile head full of teeth. It has a visor made of brass bolted to its head, and a collar around its neck, just in front of the first set of legs.
Wants: food, warmth, to be free of the chain.
Armor: as plate
Hit Dice: 7
Move: 1.5x normal
Morale: 8

The basilisk is chained to the ceiling of the Basilisk Hall, Room (38). It can move around freely but it can't leave the hall. There are 8 mostly broken pillars in the hall. They provide cover and can slow the basilisk down if its chain gets wrapped around them.

The basilisk can only see straight ahead but it can smell very, very well. When the PCs first enter the hall it will wait, sniffing the air, and trying to
circle in the dark and get close to them. When it spots an isolated target it will stare at them for one round, and then charge. 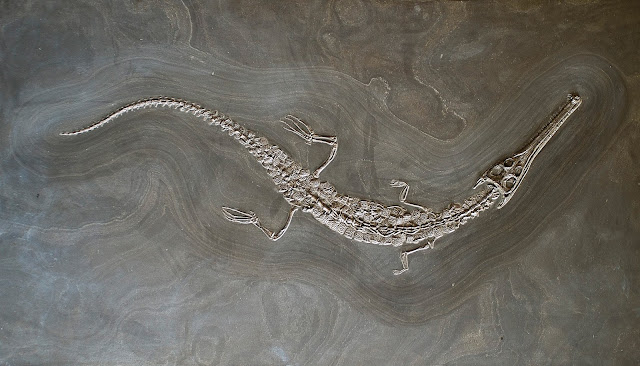 Lessons this encounter is designed to teach:

First, be smart. There's a giant room with a chain clinking quietly in the darkness. This isn't the Tea-House of the Serpent Kings. Something is up. Give the party clues and see how they react. If they stick to the walls and move silently and quickly they might never meet the basilisk.

Second, work as a team. If the basilisk stares at one target, hit it, and it might be distracted and chase you instead, giving your ally a chance to escape. It will isolate and petrify a team one by one if the team doesn't coordinate.

Third, run away. There's no treasure here, just a giant hungry lizard. You don't have to fight it.

Fourth, figure out what the lizard wants. It's not a video game boss. You can negotiate, more or less. Bring a horse down and feed it. Lure some goblins in. The basilisk doesn't have any treasure - it is treasure. Reward the party for thinking about ecologies and realism, not damage per round.

Fifth, use stealth. Sneak past it. Creep up and tie its mouth shut with a rope.

If the basilisk just glances at you, the only effect is a slight sensation of pressure. If it focuses on you for one round, your limbs become heavy, slow, and grey. Your thoughts move like treacle. Save. If you pass, you can move. If not, you are rooted in place, and take a -4 penalty to Defense. This effect ends immediately if the basilisk looks away.

If the basilisk stares at you for a second round, Save or be petrified. Your body turns to stone. If you pass your Save, you are still rooted in place (as above).

The basilisk can only stare at targets directly in front of it unless its visor is removed. The effect has a 20' range. More than one target can be affected, but they have to be very close together. Test at the start of each round, before initiative order is determined. The effect is not reflected by mirrors.

Each round, the basilisk can perform one of three attack patterns.
Charge
The basilisk will try to charge partially petrified targets first, but if blinded or annoyed, it will charge almost anything. It moves twice its usual speed straight ahead, ignoring fallen pillars, and snaps at the target. It can maintain its Basilisk Stare during the charge. This is a normal attack and requires a roll against the target's Defense. If hit, the target shatters and is devoured (if made of stone). If made of flesh, it takes 1d8+2 damage and is knocked prone. If the target was not aware the basilisk was in the room they must Save vs Fear.

Lizard Frenzy
If surrounded or threatened, the basilisk thrashes wildly. All creatures within 5' take 1d6 damage and must Save vs. Dex or be knocked prone. The basilisk can't stare at a target this round.

Tail Strike
The basilisk does not like being flanked. While pretending to focus elsewhere, it whips its tail at a target. This is a normal attack and requires a roll against the target's Defense+2. If hit, the target takes 1d8+2 damage and is flung 10 in a random direction. On a miss, the target still takes 1 damage. It can maintain its Basilisk Stare at a different target during this attack. 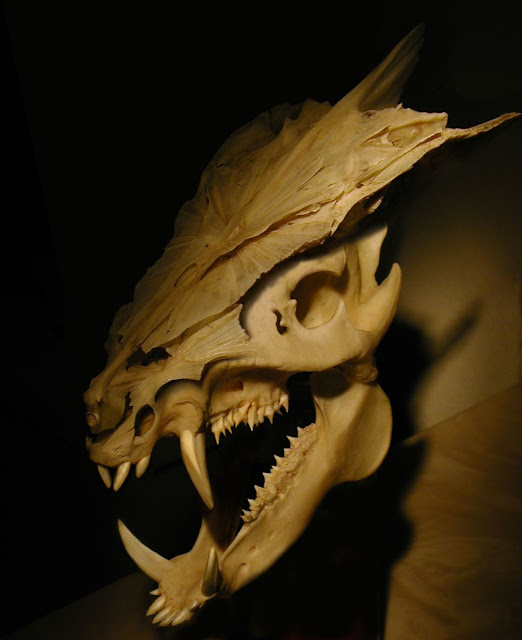 The basilisk is satiated for a month after devouring 30 travel rations, 2 normal humans, 1 horse, or 6 fungus goblins. It will hunt creatures in the Basilisk Hall on a 1-in-6. Otherwise, it will rest in a corner, though it will still try and petrify anyone passing within 20'.

The brass visor on the basilisk's head can be shut fully if anyone is brave enough to climb onto the lizard's back and adjust the gears. The basilisk will still hunt by smell.

The key to Room (29) is wedged under the basilisk's collar. Xiximanter put it there and forgot about it completely. The basilisk appreciates anyone who can scratch the worn and chipped scales under its collar.

If slain, the basilisk's throat glands contain 2 equivalents of a "Stone to Flesh" potion. The creature doesn't actually eat stone. The petrification is just a way to preventing food from fleeing and storing it for later consumption. The basilisk's eyes are valuable to wizards and alchemists (30gp each). The stony skeleton fetches 100gp on the open market, or 30gp for the head alone.

If captured alive, the basilisk is worth as much as 1,000gp to a menagerie keeper. If tamed, it could easily be worth twice that. Any dishonorable army (all of them) would love to have a tame basilisk to use against their enemies.

Hungry (default): Moving slowly in the dark, sniffing the air, trying to spot an isolated target. It will be alert and ready to strike if the party set of the trap at (35) or if they open the secret door in (39).

Digesting (if satiated): curled up in a corner, back to the wall, head up and ready to uncoil. 3-in-6 chance of being asleep.

Curious (if satiated): Sniffing the air, moving its head from side to side to avoid petrifying something by accident. It can recognize people who have fed it by smell. It was a domesticated lizard, after all. It knows not to bite the hand that feeds it.

Happy (if satiated): Will only behave this way if it knows where all the people in the room are, either by sight or smell, none of them have ever harmed it, at least one of them has fed it, and no one moves quickly. Will approach one target and reveal neck and collar, bumping neck into target to demand scratches. Will shiver and stamp feet if scratched.

Rage (if startled or suddenly wounded): leaps backwards 10', raises tail, and charges a target in the same round. Target must Save vs Fear.

Unless the basilisk it completely burned, dissolved in acid, or separated from stone, a random stone larger than a fist touching some part of the basilisk's corpse has a 1-in-6 chance per year of becoming a basilisk egg and hatching in 1d6 years. Only one egg will be created in this way. The reincarnated basilisk grows to its original size + 20% in one year, if well fed, and remembers its previous lives perfectly.

Almost no one knows about this death condition.
Posted by Skerples at 17:59