One week in and the Monster Overhaul is 400% funded! Thank you all for your support! 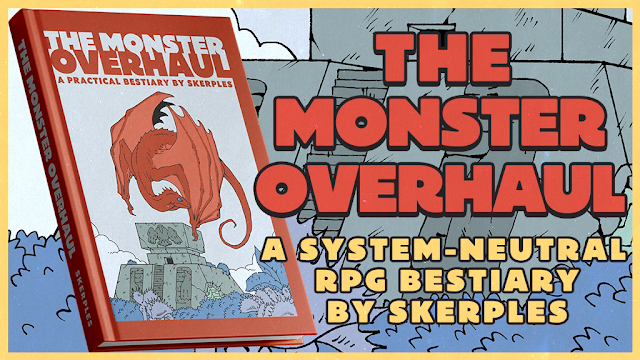 We reached the stickers stretch goal, so backers at some tiers will get two sheets of lovely Iguanamouth stickers. The Generic World Map is now free for anyone to use under a creative commons license. We also added two risograph prints to the unexpectedly popular Ancient Dragon tier. Lucas Roussel illustrated a Height Chart that will be included in the index section of the book. 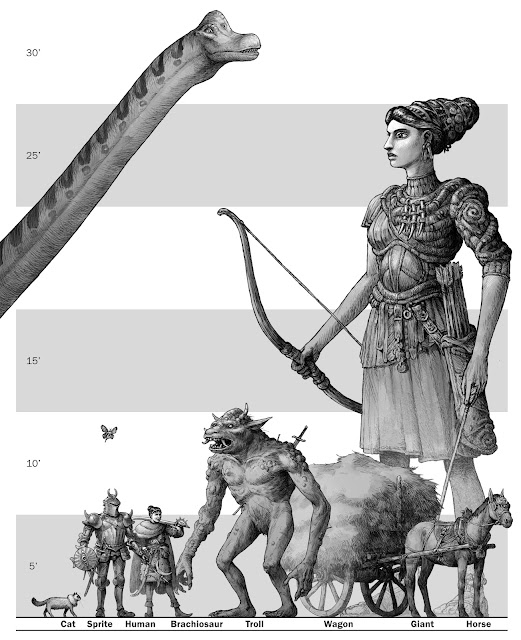 The goal was, from day one of development, to make the book as useful as possible. If there's a tool, a map, or a concept that I could include in the book, I included it. I'm not holding concepts hostage behind an arbitrary funding number.
On the other hand, there could be something I've missed. If you don't see a useful tool or concept listed in the campaign, or if you disagree with some element of the Elemental preview (heh!), then let me know!

News From Around The Internet

Dave Thaumavore put out a video that includes some very kind words for the Monster Overhaul.

Portals and Pegasi has a very in-depth monster-by-monster review of the Elemental preview.

RPGsandbox has a tumblr post summarizing the campaign. If you're on tumblr, feel free to do tumblr things to it. Wait, let me rephrase...

And shoutouts in various newsletters and forum posts, including the first Bastionland Presser and the OSR News Roundup (very kindly, since by coincidence we're both running bestiary kickstarters).

Email ThisBlogThis!Share to TwitterShare to FacebookShare to Pinterest
Labels: OSR, The Monster Overhaul