2020 is a weird year. A lot of people are relying on video calls for holiday gatherings.

This is fine, but it does limit the type of holiday games that can be played. For some participants, setting up a video call might push their technical skills to the limit. Asking them to also download an application, share a screen, learn a video game, or install something would lead to disaster.

I've come up with (or, more accurately, adapted, stolen, or lightly improved) 10 stupid robust games for video calls. They've all been tested.

Items
Each Participant Will Need: Several sheets of paper, a marker, and a pen.
Each Household Will Need: A ruler or tape measure, and an umbrella, rolling pin, or walking stick.

A marker is easier to see when held  up to a camera. Pencils will not work; they're too hard to see. The ruler/tape measure and umbrella/rolling pin/walking stick keeps people guessing and promotes interest in the game. Ooh, what have they got planned?

Participants
The games work with up to 20 people, though anything past 10 results in moderate chaos from time to time.

The person organizing the games should commit to them knowing full well they'll look like a damn fool. The organizer can participate in most of the games.

If you've got one uncle who flipped a card table when they lost a particularly close card game, or an aunt who hasn't had fun since 1952 and has no intention of starting now, these games simply won't work. Arguments should be fun, self-aware and performative, not actual fights. As with any game, you need a certain type of relaxed group. 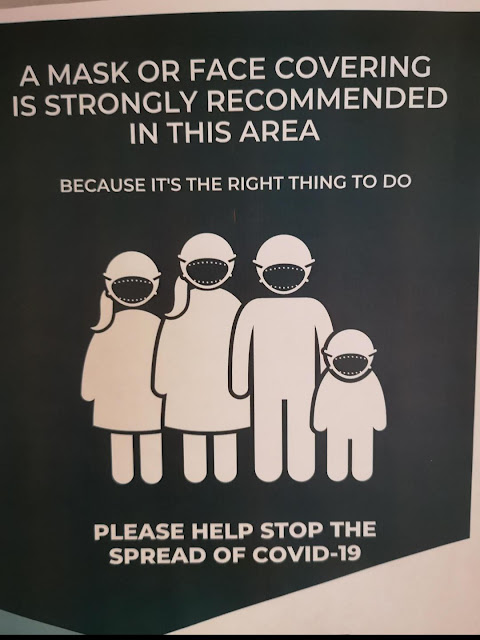 Using your pen, on one sheet of paper, write down:
5 Animals larger than a golf ball.
5 Machines
5 Foods
5 Musical Instruments

Do not let anyone else see your sheet of paper.

So you want to be clever, but not too clever. Animals should be general: "Spider" not "Black Widow Spider".

You have 2 minutes starting now.

Notes
You can adjust the number of items required. Use 3 if you actually intend to cross-reference and mark the results. 5 is a decent middle-of-the-road value. 10 keeps everyone very busy.

The scoring system for this task is a bluff; it's a bit painful to actually mark it. The idea is to promote some animals that aren't just "dog, cat" etc, and get categories for other games without having to email out a secret list of animals. It's very cunning.

If you do want to assign points, after you have played all the other games here and no longer need the secret list, have one person list their animals, then see if anyone has the same one, then have them write down the points next to it.

Holding the umbrella/rolling pin/walking stick in both hands, one person will make the noise of the first animal listed on their sheet of paper. They may only make noises. They cannot use actions or gestures, or make any noise that sounds like a word.

They will make the noise for 10 seconds, then everyone will get a chance to guess.

If your animal doesn't make a noise, make the noise of a person seeing your animal, or a noise associated with your animal.

The person who correctly guesses the animal gets 1 point. If no one guesses your noise, you get -2 points.

[You can repeat this game, immediately or later, with machines, foods, and musical instruments. In a large group, it might be a good idea to have the first few people do one category, then switch it up.]

Notes
Taskmaster task for reference (UK S10E07). Any attempt at controlled sequential guessing usually (OK, immediately) devolves into everyone shouting guesses as the poor person valiantly struggles to make noises, so there's no point in trying to structure it.

Using a marker and a piece of paper, draw the third largest duck. There must be 2 ducks larger than your duck. You have 30 seconds to draw your duck. Then, hand your duck to someone else to measure.

Notes
Taskmaster task for reference (UK S04E08). Duck measurements are controversial. Some people measure beak to tail, some people scalp to foot, some people insisted the duck they were asked to measure wasn't a duck but a sort of mutant potato and therefore should be disqualified, etc. It's all great fun. Though yes, it is a blatant duck measuring contest, and you may need to keep a straight face when discussing it.

Using a marker and a piece of paper, draw a portrait of one person you can see on this video call. You cannot use your dominant hand. You cannot write letters.

You get 1 point for each person who correctly identifies the subject of your drawing.

[Ask people to write down their guesses as each drawing is held up to the camera... or just let everyone shout answers and award maximum points all 'round.]

Notes
In theory, very competitive people will deliberately fail to recognize the subject of any drawing. In practice, everyone gets caught up in the hilarity (or tragedy) of the results.

Using a pen and a piece of paper, write down a ten word fact. There is a bonus point for the best fact. You have 1 minute starting now.

Silently mouth your ten word fact to the judge. You get 1 point for each word the judge gets correct. The judge gets the average of all points assigned.

Notes
Taskmaster task for reference (UK S07E03). Ideally, you'll want to select a fairly competitive and confident person to be the judge. Averaging points does require math, but there's no easy way around it. In testing, it's much easier to mouth facts when the judge is physically in the same room, so you may need to rotate or swap judges. You can also rotate judges for each fact (the judge and the fact-mouther getting the same points).

Using a marker and a piece of paper, one person will draw the second animal listed on their sheet of paper. They can only three straight lines at a time.

After drawing three lines, everyone will get a chance to guess.

The person who correctly guesses the animal gets 1 point. If someone correctly identifies your animal after 3 lines, you get 5 points. After 6 lines, 4 points. 9 lines, 3 points, etc.

[You can repeat this game, immediately or later, with machines, foods, and musical instruments, though they're much harder than animals.]

Notes
Taskmaster task for reference (UK S10E06). All the notes from the Noise Game apply here.

Using a marker and a piece of paper, draw a map of this country/region/continent/etc.

The most accurate drawing, by popular vote, will get 5 points. You cannot vote for yourself.

Notes
You could also have a judge (the person with the worst drawing) pick a first, second, and third place drawing. 30 seconds isn't a lot of time, particularly if you're looking for complex internal borders or geographical features.

You get 1 point for each finger that has an outline all the way around it, but where the outline is not more than 1cm away at any point from the finger. Someone else will judge your drawing.

Notes
People tried using the shadows of their hands, or drawing a huge circle and arguing that the fingers were all inside it, etc. It was very fun.

I am starting the timer now.

Notes
Taskmaster task reference (NZ S01E06). The organizer can't participate in this game and should be fairly vigilant, but it's a fun one. You can use a toaster instead of a timer, but that requires effort. The longer the time, the greater the spread of results, but the more bored everyone will be.

Using a marker and a piece of paper, draw the monster I am going to describe. You have 2 minutes to draw your monster, starting from when I start describing the monster. I will not stop or repeat myself.

The happy monster has two arms and three legs. Two of its legs are spiky.

It has two wings on the top of its head. The wings are like bat wings.

It has scales on its arms and it has claws on one hand. Its tongue is very long and it has a tooth on the end of it. It is holding a curvy sword in one hand.

It has big round dots all over its body, but none on its face. And it has two more legs. And it is riding a bicycle. And it has one more withered arm. And it has chains around two of its ankles.

And it has a scarf made of fur. And one more very big eye. And it has a ring shaped like a skull. And it is drunk and cross-eyed and very sleepy.

Hand your monster to someone else to mark. You get 1 point for each criteria your monster meets. Arguing is permitted. Maximum of 20 points.

Criteria (1 point each):
[Read out loud and get people to put a checkmark for each criteria met, then collate the totals.]

Notes
Taskmaster task reference (UK S10E09). Feel free to write your own monsters (and/or post them in the comments). The description should be convoluted, but each individual element should be clear, brief, and distinct. Most of them should be easy to draw (the bicycle is just pure evil). Pause while describing the monster to let people catch up. Really relish each word.

This game leads to some truly hilarious mock-arguments over the number of legs, what constitutes a fang, etc. It's good fun.

A lot of old game books have truly terrible party games in them. Classics like charades, impressions, Who Am I?, Pictionary, etc. can work over video calls, but it's good to try new games or introduce arbitrary twists. Programmed party games, like Jackbox Games, are great but feel really sterile and soulless to me. It's like enforced, optimized, normalized fun. Everyone is looking at a screen instead of at each other.

If you try these games, let me know how they go. I will not accept responsibility for any disasters that might result.