On the one hand there's the view of someone like Robert Ardrey that primate social competition is all about, who's got the biggest canines, the most muscle, and the biggest balls. This view is straight-ahead and deterministic. Later, a much more p.c. version came along that held that competition is all about social intelligence, forming coalitions, and being nice in your game theory. But what really happens is that you'll get some baboon that's absolutely physically adept and by Ardrey's logic should be doing just fine. He also knows how to use social intelligence to form coalitions, and so by Howard Gardner's reckoning he should also be doing fine. However, at a critical moment he just can't stop himself from doing something stupid, impulsive, and disinhibited. Amid the physical prowess and the social intelligence, you look at the baboons that are most successful, and not coincidentally pass on more copies of their genes, and they simply have more impulsivity control.

Here’s an example: When baboons hunt together they'd love to get as much meat as possible, but they're not very good at it. The baboon is a much more successful hunter when he hunts by himself than when he hunts in a group because they screw up every time they're in a group. Say three of them are running as fast as possible after a gazelle, and they're gaining on it, and they're deadly. But something goes on in one of their minds—I'm anthropomorphizing here—and he says to himself, "What am I doing here? I have no idea whatsoever, but I'm running as fast as possible, and this guy is running as fast as possible right behind me, and we had one hell of a fight about three months ago. I don't quite know why we're running so fast right now, but I'd better just stop and slash him in the face before he gets me." The baboon suddenly stops and turns around, and they go rolling over each other like Keystone cops and the gazelle is long gone because the baboons just became disinhibited. They get crazed around each other at every juncture.

A typical male baboon is too impulsive and can't possibly do the disciplined thing. Baboons are far less disciplined than chimps and when you map their brain anatomy you notice that they don't have a whole lot of frontal cortical function. Even though there are tremendous individual differences among the baboons, they're still at this neurological disadvantage, compared to the apes, and thus they typically blow it at just the right time. They could be scheming these incredible coalitions, but at the last moment, one decides to slash his partner in the ass instead of the guy they're going after, just because he can get away with it for three seconds. The whole world is three seconds long—they're very pointillist in their emotions.

Baboons know what they're doing; they can play chess in their social landscape almost as well as chimps in terms of moving the right pieces around, but at the critical moment they simply can't stop themselves from doing the impulsive thing. I once watched a Frans de Waal film, Chimpanzee Politics, at a primate conference, and I was sitting next to another baboonologist. There is a scene where some chimp had just pulled off a brilliant Machiavellian maneuver, and the guy next to me turned and said, "Christ, that is what a baboon would be like if it had a shred of discipline or gratification-postponement." You're watching a species where most of their social complexity and social misery is built around the fact that at every logical juncture there's a pretty good chance that they're not going to have enough frontal neurons to do the prudent thing, and instead they blow it. It's amazing to study.

Parents may recognize baboon-like behavior in their children. 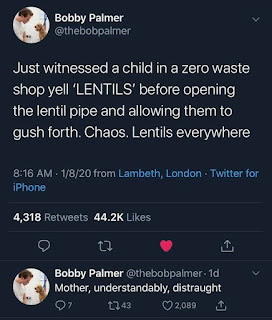 First-person narratives can't easily handle this kind of impulsivity. "And then I decided to steer into oncoming traffic" doesn't really capture the process. The "I" doing the deciding (if deciding is even the correct word) and the "I" telling the story aren't on speaking terms. Allie Brosh comes close in some of her stories.

But RPGs can. Players, at a distance from the hidden inner world of of their characters, provide plenty of impulsivity. The Reaction Roll or Morale Roll can, if suitably adjudicated, remind the GM that not all creatures are rational actors. The goblins charge. The GM rolls, winces, and describes one goblin happily throwing a bomb backwards instead of forwards.

One goblin is a terrible threat, like a greasy racoon with a shiv. Two or more goblins are a disaster waiting to happen.

This may also explain the Law of Conservation of Ninjutsu. The minions aren't fighting as competently in a group because they're also keeping an eye on all the other minions and trying to work out who, in this world of full-contact office politics, is likely to come out on top, and who is likely to shove them towards the lone minion-blending protagonist.

Really interesting fights tend to have three or more sides. In the absence of any other options, one side suitably disinhibited monsters can easily become two sides.

Most humans have an inner narrator. There's a voice inside your head that is, probably, you, or at least the end result of some high-level process that loops your thoughts back through your head for a second look. Kobolds don't have that.

The voice inside a Kobold's head is their Dragon's voice.

In some cases, this is literally true. Some dragons are telepathic and will casually broadcast orders. But most of the time, a Kobold's thoughts are conceptualized as a running speech from a higher, more rational, and more powerful being. The voice saying, "Be careful, that looks sharp" or "We attack at dawn" isn't the Kobold's voice, it's the Dragon's. They live in constant, natural communion with the divine. This leads to all sorts of interesting neuroses.

Issues arise if an actual Dragon's commands start to conflict with the Dragon-in-the-mind. Kobolds can rationalize a lot, and their internal narrators will shift to match outside reality, but an un-Dragonic Dragon might not be a Dragon at all.

Kobolds with second thoughts (i.e. an inner narration that can argue with the Dragon) tend to become leaders, seers, or heretics. 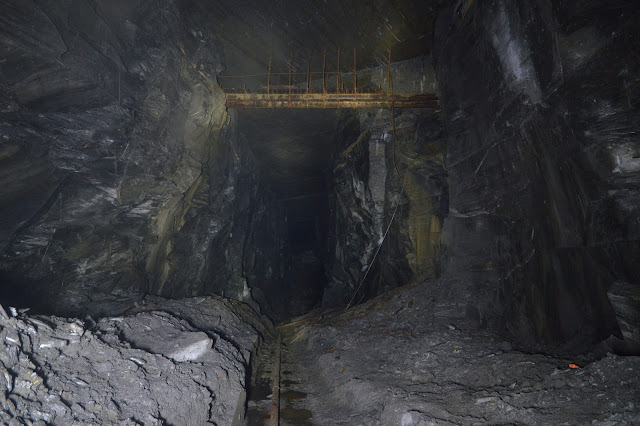 Dwarves do not have inner narrators. They have no visual imagination. In the mines, it's very important to distinguish between real and imagined sights and sounds. Hallucinations get Dwarves killed. Asking a Dwarf to imagine an apple is like asking the average human to visualize an eight-dimensional hypercube. Dwarves rarely dream. When they do dream, the results are inspected for hints and prophecies, ignored, or medicated.

If a Dwarf does visualize something, they almost compulsively try to create it, as if to prove it wasn't a hallucination.

Dwarves tend to process incoming telepathy as "speech-but-close-to-the-ear", and audibly respond (though in a whisper). Dwarven telepaths tend to move their lips a lot. The beard helps.