I've invented a party game called "In 1973, President Nixon...". Feel free to nick it, adapt it, test it, and improve upon it. Letters of complaint should be sent to the Richard Nixon Presidential Library, 18001 Yorba Linda Blvd, Yorba Linda, CA 92886. 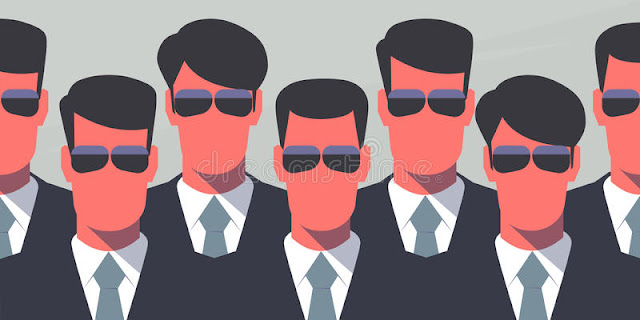 In every piece of conspiracy-based media, there's That Scene. Our viewpoint character is inducted into the into the Mysterious Secret Agency (MSA), introduced to the Senior Agency Manipulator (SAM) and given a badge, sunglasses, and an Arsenal of Surprising Malevolence (ASM).

The part where the real history of the world is revealed. Where D. B. Cooper went, who's behind triangular UFOs, why Southwyck House in Brixton is that shape, who killed the electric car (and why!), and all the other mysteries of life. You were helpless, powerless, befuddled, directionless. Now you have a higher purpose, knowledge of the true nature of reality, power without conventional restraints, and intriguing colleagues. Social-focused lizard-brain releases all the good chemicals.

Everything after That Scene is a bit of a letdown. For a few glorious moments, an entire universe of possibilities dangles in the air, before instantly collapsing into tropes, lazy writing, grappling rules, limited special effects budgets, price lists, and other soul-draining minutiae.

But what if there was a game that was only reveals?

This is a game in the same way that hoop-stick is a game, or "who can make the best bird noise" is a game.

Select a random player (or the person who suggested this foolish enterprise in the first place). That player is the first Agency Manifestation Supervisor (AMS).

1. Stands up, facing the other players, in a somber posture.

1a. Dons the sunglasses (optional).

3. Improvises one or two sentences about this Mysterious Secret Agency (MSA), as if they were addressing a crowd of new recruits. This must include a Mission Assessment Statement (MAS).

E.g. "In 1973, President Nixon authorized the creation of a secret organization. Its mission: to protect the United States from the perfidious influence of Martian Skinwalkers."

4. The non-recruit players write a letter on a card, then hold the cards up. They can do this at any point during the initial speech. Ideally, the letters spell out a 3-letter acronym. This is the Mysterious Secret Agency (MSA)'s Purported Name.

6. The AMS must begin to explain the agency's Arsenal of Surprising Malevolence (ASM). "To combat this threat, you will be issued with..."

7. The AMS then reaches out and selects a card at random from a player. The card has an object on it, both named and (ideally), drawn (comically badly).

7a. In a cluttered environment, and with a suitably disorganized group, the players can hand the AMS a physical object instead. It helps with gesticulation. Or fill a grocery bag with objects and have the AMS reach in and pick one.

7b. To save time, players may wish to fill out a whole stack of cards (letter on one side, object on the other) before the game starts, but frantically filling out cards does look like studious note-taking, and gives players a chance to tailor their sabotage for the peculiar foibles of the current AMS.

8. The AMS explains how this object aids the agency in their mission. "...a small concrete sculpture of a pelican. It is well known that Martian Skinwalkers cannot abide the sight of a pelican. Treasure it. Guard it well. In an emergency, the concrete pelican can be used as an anti-flotation device."

9. The AMS then asks "Any questions?", and selects one player. That player must ask a question, and the AMS must provide an answer. Since this is the end of the round, maintaining composure is less critical, but this is a great chance for the AMS to show off (or collapse in a fit of giggles when asked, "Sir, are the Martian Skinwalkers affiliated with International Communism?").

10. After answering at least 1 question, the AMS sits down to polite applause. They become a player, and the next player becomes the ASM, restarting the process.

Rule 0. If, at any point, the AMS breaks composure, they must immediately give up their tie and sunglasses and sit down.

Rule 0a. If you play this game with properly trained actors, you may need to introduce chemicals / brain damage / extra challenges to get them to break composure. "In 1973, President Nixon..." isn't a drinking game, but it could easily become one.

American Rules: each successfully completed AMS round gives the player 6 Battle Dice (tm). Battle Dice are proprietary d6s with the 6 replaced by a 8 and the 2 replaced with a 1.75, which are rolled at the end of the game. Highest total wins.

Scandinavian Rules: at the end of the game, players rank all other players from most to least entertaining. The ballots are then tabulated by a third party and probably ignored, because let's face it, this game doesn't have a victory condition. It's barely even a game.

I: While President Nixon can be blamed for all manner of secret organizations, it might be more fun to have each player introduce a new historical figure and date, plausible or implausible, local or international. "In 802, the Emperor Charlemagne...". Feel free to adjust the time period of the briefing as well.

I'd make a convenient d100 table of Important Figures and Plausible Dates, but no table could possibly work for all groups. Example. See what I mean? It's better if the AMS picks the figure and supplies (or guesses) at the date.

II: If all non-AMS players break composure while the AMS maintains composure, the AMS can declare, "There is one final test you must pass," and declare some trivial but immediately possible action, such as, "Drop and give me 20! Now now now!" or "You! Recite poetry! Now now now!". Players who fail are "dis-quahlifiahed!" and must leave the room (and immediately return).

This game isn't really designed for pick-up play. While the 10 Stupid Yet Robust Games for Video Calls are tested and sensible, this game... isn't. It's designed (and I use the word "designed" with trepidation) for groups of relatively close-knit friends who can - and will - call out someone who crosses a line. Ideally, the results of "In 1973, President Nixon..." should fall closer to "speaking truth to power, but in a post-ironic way" or "grappling with existential dread" or "pure absurdity" than than whatever the group considers scathing political satire. Listing an actual existent and influential conspiracy theory is not a good plan. The boundary between "improv exercise" and "group therapy" is dangerously thin. The more outlandish the mission of the MSA, the better.

Most settings with paranormal investigative characters (e.g. Delta Green, Esoteric Enterprises, the SCP wiki, Scooby Doo if every episode ended before the villain was unmasked) tend to fit in all the paranormal stuff.  Everyone is invited to the masquerade. If the setting posits that one group can secretly exist alongside the real world, then there's no reason more groups can't secretly exist. It seems like you can't just have Vampires. You must have Vampires, Werewolves, Ghosts, Angels, Devils, Ghouls, the Fair Folk, etc, etc. You can't just have the Deep Ones. You must have Shoggoths, the Great Race of Yith, etc, etc. While you're add it, add in the Jersey Devil, Sewer Crocodiles, and Yetis.

You can get away with Aliens alone if they're a particularly subtle and creepy, and the characters are part of some underfunded resistance movement, but there's a strong pressure to add more factions or form diversity in ongoing media. People sometimes get away with just Vampires or just Ghosts, but the desire to sprawl is always around the corner. There's more than one kind of Ghost. The Zombies have mutated.

It's possible that "maybe this exists" nessesarily raises the question "why doesn't this other thing exist?" If the evidence/folkloric history/thematic weight of both ideas is about the same, not including it can feel weird. People who believe in the Loch Ness Monster are unlikely to dismiss the existence of the Sasquatch. This is also the age of media soup. It seems natural for every property/franchise/concept to slowly bleed into every other property/franchise/concept.

On the other hand, paranormal investigations aren't simple whodunits. They're also, often, whatdoneits? In a police procedural, the answer is usually "a person". In an esoteric game, the "what" could be a shapeshifting spider, an escaped military drone, a time traveling monk, a set of sentient gumboots, Actual Dracula, or, sometimes, a person. Speculation is part of the fun. If there's only one supernatural element in a game, extraordinary elements quickly become ordinary or predictable.

Multiple layers of supernatural cruft also preserves a sense of mystery. There's always a deeper layer. What do the Chainsaw Blood Cultists know about the Sly Venusians? Why was this obscure text about Atlantis in the library of the Evil Vicar?

Anyway, I'm not sure what the best approach is. Should a supernatural investigation setting include everything the creator can think of (exposed as needed, or with a twist or two), or should the creator focus on a single element and elaborate one that theme?