I decided to revist my Space: 1977 setting idea. You should probably read that post first, but in brief, the idea was to combine every Star Wars knock-off film produced between 1977 and 1980 into one gloriously terrible space opera setting. 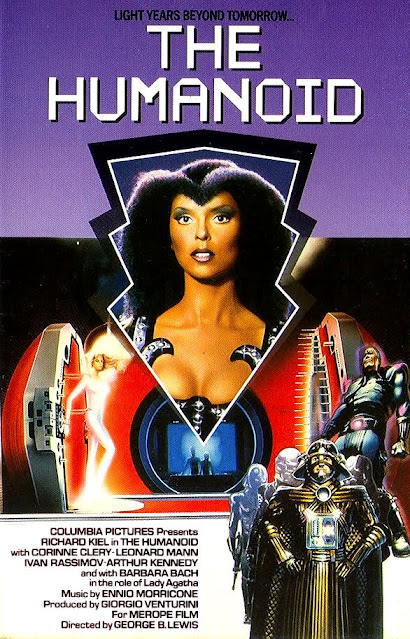 The Systems That Slip Through Your Fingers

I usually use Fate Core for Star Wars games. It's trivial to hack and emulates the genre fairly well. Money, weapons, etc. are sufficiently abstract in Star Wars.

But for Space: 1977, I also wanted to try writing a Troika! hack. Daniel Sell claims that Troika! is the greatest game of all time and will cure acne, wash your dishes, and teach your cat to play fetch. I've always found Troika! a little light for the kinds of D&D-type campaigns I enjoy, but for Space: 1977, where I anticipated more background-driven one-shots than long campaigns, it seemed like an idea fit.

(Also, don't tell anyone, but Troika and Fate Core are very cross-compatible. If you use a harmonized Skill list, Troika! backgrounds become a list of Aspects plus some suggested skill point assignments.)

I managed to put together a fairly tidy 7-page rules set. You can read it here. I had started to write the backgrounds when creeping doubt set in. Something was wrong. I'd missed a step.

"The world is a cube with eight suns and twelve moons, and the names of the months are determined by..."
"Ok, but..."
"And the Elves, except they're not called Elves they're called Drothgr't'zel, they have a secret plan to..."
"Ok, but..."
"The head of the Colledge Arcanum is named Baxalwurda, and..."
"Ok, but what do the PCs do?"
"What do you mean?"
"I mean, what do the players characters do in this setting? How do they interact with any of this stuff?"
"Oh, I guess they explore dungeons and fight goblins."

"What do the PCs do?" is the core question of any setting. When you're doing worldbuilding, unless it's for a novel or pure fantasizing, you should always focus on how the material you're creating will interact with the players at the table. There's no need to map continents they will never visit, list the history of long-lost kingdoms, or invent names the PCs will never learn.

You can still do those things, of course, but there's no need to, and in a world with finite time and energy you may want to devote your time to other projects.

Space: 1977 is an interesting concept, but what do the PCs do?

A typical Star Wars game has the PCs acting as explorers, traders, scrappy smugglers, morally ambiguous participants in a larger conflict, unlikely and accidental heroes, etc. They are involved in a real world. It's fictional, but it follows certain rules, and there's plenty of room for new stories.

Space: 1977, because of the incoherent and often farcical source material, doesn't leave a lot of room for more than one type of story. You can tell the story of some unlikely heroes who gather and defeat the bad guys... but that's about it. No other modes of play feel sufficiently supported by the setting material.

The constrained setting introduces new challenges for a GM. If a GM wants to introduce a city in the clouds as an adventure location, is that a forbidden idea from Star Wars: The Empire Strikes Back, or just a plausible in-genre development?

Finally, the level of care put into the films are just too different. Disbelief can only be suspended so far. Any attempt to harmonize the background material from the films of Space: 1977 runs into insurmountable problems. There are areas of overlap and areas of stark contrast, areas where a director clearly thought about an idea and areas where they clearly didn't.

Telling interesting space opera stories using Space: 1977 was actually harder than not using it, and produced less interesting results. A good setting should feel full to bursting with interesting hooks. Every post Arnold makes about Centerra, for example, feels like it has hooks for the PCs. Every line I wrote about the Space: 1977 setting felt like I was blunting a hook or closing off an interesting avenue. 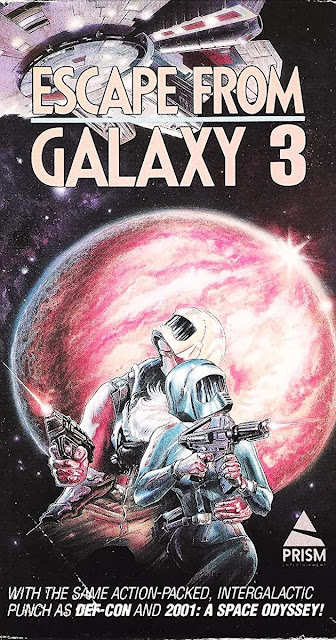 I could continue to write the Troika! hack. Writing backgrounds isn't particularly difficult. I could finish it, get some art, and publish it... but then I'd need to tell people it's good, that it works, and that it's the best I could make it. That would be a lie. Not because of the core system or the work I put in, but because the entire basis of the setting is flawed.

I can make a Space: 1977 book appealing to a reader, but I can't make it appealing to a GM. Sound fiscal practice be damned, I'm not publishing anything I'm not 100% happy with.

The various Empires in the films seem to dominated by one central charismatic figure, with a small cluster of loyal retainers, and a large (but not insurmountable) number of uniformed troops. They demand tribute, accept pledges of loyalty, and conquer by treaty and light occupation, not by extermination.

The Galactic Empire from Star Wars: A New Hope has a substantial fleet, a giant battle station, and a regimented and fully organized military command structure. They seem to be doing fairly well, as far as Space: 1977 empires go. It's important to note that the Death Star's purpose is to keep the outer systems in line through fear. Very feudal; direct control is impossible, and, with the senate abolished, voluntary participation is curtailed.

The Empire of the First Circle of the Universe from Starcrash. Presumably there are other circles of the universe and other empires, or the title is just grandiose puffery. The villain is a rebellious Count. They have machine operated justice system, prison planets, and some form of Imperial bureaucracy and state police. When the Emperor fakes his death, he says [the Count] "thinks our armies have dispersed without a leader." Imperial power is, effectively, personal power.

The Gavanas Empire from Message from Space just wants a beautiful planet on which to build a palace. Emperor Rockseia XXII is a bizarrely honourable and poetic character, a sort of Marcus Aurelius in space. Sure, he'll massacre a planet's population and blow up the moon as a show of force, but he won't massacre all of them, and he'll ask politely for a negotiated surrender. Even in a dream sequence, he isn't threatening, just factual, and even scolding. "You do love her. She will die, and you are to blame." He keeps demanding the protagonists surrender and promises no harm will come to them, and he might actually mean it. He's got them at gunpoint. Why ask, if it's not important?

The Malmori Empire from Battle Beyond the Stars is limited to one tribute-extorting ship. The rest of the setting seems fairly lawless. The Draconians from Buck Rogers in the 25th Century seem to be another roving band of tribute-seekers, or at least a delegation from a larger empire.

We don't see a specific named empire in The Humanoid, but the power struggle is between two brothers, and there are queens and nobles aplenty. Similarly, Escape from Galaxy 3 features many warring kings.

Space, it seems is awash with petty kings and collapsing empires. A charismatic figure rises, produces some uniforms, pays troops, and carves out a transitory empire that collapses within a few years. Any old soldier in Space: 1977 probably served under half a dozen different empires, warlords, or adventurers. Planets explode on a regular basis.

The Table of Distinguished Actors

One potential Troika background was called "Distinguished Actor". You were the venerated actor brought in to lend the production some credibility: Alec Guiness or Christopher Plummer.

It was fairly easy to do a data pull of award-winning actors who were between 45 and 75 in the years 1977 to 1980 (and therefore accessible to the directors of Space: 1977). But how many of those actors were recognizable to people in 2020? Not many. And would a sleazy B-movie director in 1977 realistically cast a woman in a "distinguished actor" role instead of spending the money to hire Corinne Cléry or Barbara Bach?

Casting wider net, including actors who might be called in to a film made in 2020, helped a bit, but there's another issue. I don't like placing embodiment restrictions in RPGs unless it's interesting, and the resulting tables, no matter how I sourced my data, looked remarkably monochrome.

If anyone wants to adapt or finish off the Space:1977 Troika! hack, feel free to. There are a few interesting ideas in there that I might revisit one day, but probably not in this context.

Always keep the vital question in mind. What do the PCs do?