Good news! I've published a new book! You can buy it here. 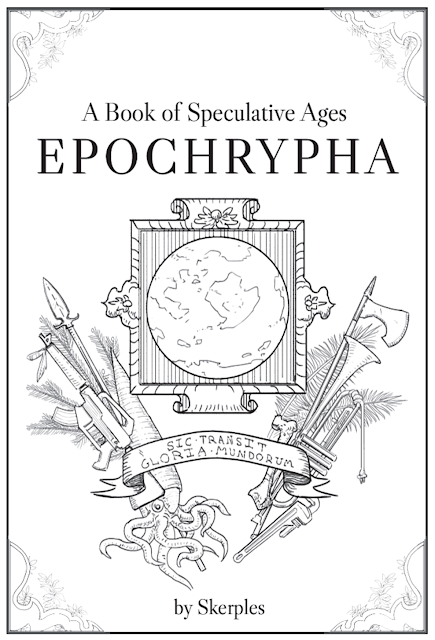 So settings have a prehistory--the stuff that happened way before the common era.  They're usually either:

(a) tediously enumerated with faux-mythology, or
(b) just sort of ignored, and assumed to be the same as Vanilla Earth
Both of them are fine, but there's a lot of fertile ground between those two fence posts.

Everyone talks about history, but nobody does anything about it. Well I've done something about it. I've listed 100 speculative eras - time periods that didn't actually happen but could  have happened - with illustrations and suggestions.

If your players travel back in time you no longer need to default to dinosaurs. You can roll for an era and immediately transport them to another stranger time. It's not a heavy, complex dungeon. It won't massively change the way you run games. It's a nice, neatly put together, amusing little reference book. 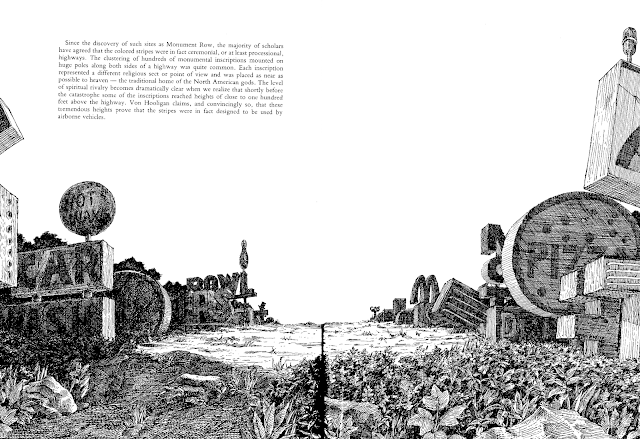 Inspiration
The book itself is inspired by David Macaulay's Motel of the Mysteries.

Some of the eras were written by my esteemed colleagues Dan D and Dunkey Halton. David Shugars did the editing and proofing. FM Geist did some copyediting and last-minute revisions. Arnold K started the whole fad. Anne Hunter helped organize it.
Art
All art is by Logan Stahl. He's completely new to the OSR "scene" (whatever that is), but he does excellent work. You need stuff illustrated? Drop him a line. He was a pleasure to work with.

Layout
Once again, David Shugars has done an excellent job. The book is clear and crisp and easy to read and use. I'm sure it made a nice change from Kidnap the Archpriest's fiddly tables and maps.

The printed book is A5; a nice convenient size for a fun quick reference book... or a gift for a GM who has it all. Hint hint. Etc.


Final Notes
You can use it to run my new free dungeon, The Mysterious Menagerie of Doctor Orville Boros.