The Sump Pirates of Necromunda, as previously stated, do not exist. They are an underhive story to frighten children. When they appear, it's as if a mythical beast has suddenly and inexplicably burst into the mundane world. When they retreat, their victims invent explanations for the destruction and death they inevitably cause. 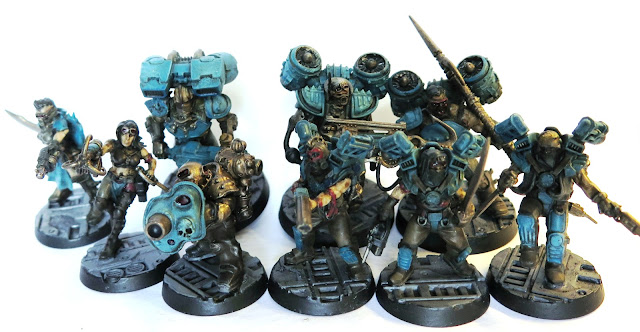 Members of the gang often wear masks, whether to filter out sump toxins, shield their identities, or to protect from a hypothetical memory-altering gas. Jump packs and grappling hooks are common. 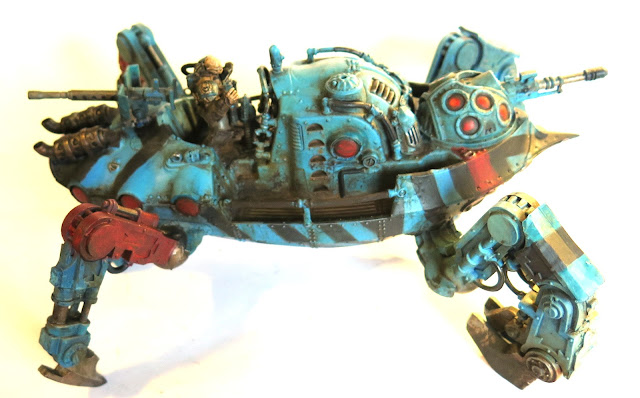 Sump Spiders allow the Sump Pirates to raid across the Hive and beyond. While slower than many wheeled or tracked vehicles, it can climb walls or paddle through toxic rivers. It also carries an autocannon, a terrifying weapon in any gang conflict, as well as a rear-mounted heavy stubber. 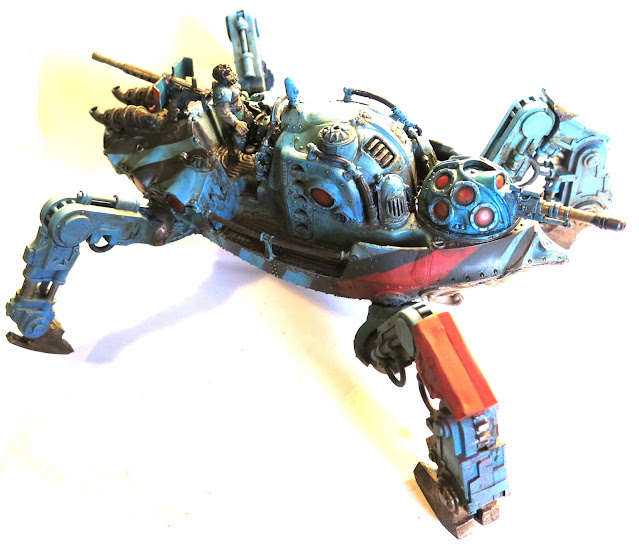 The unusual camouflage pattern on Sump Pirate vehicles may serve to conceal their hull shapes during raids, or it may be mere tradition. 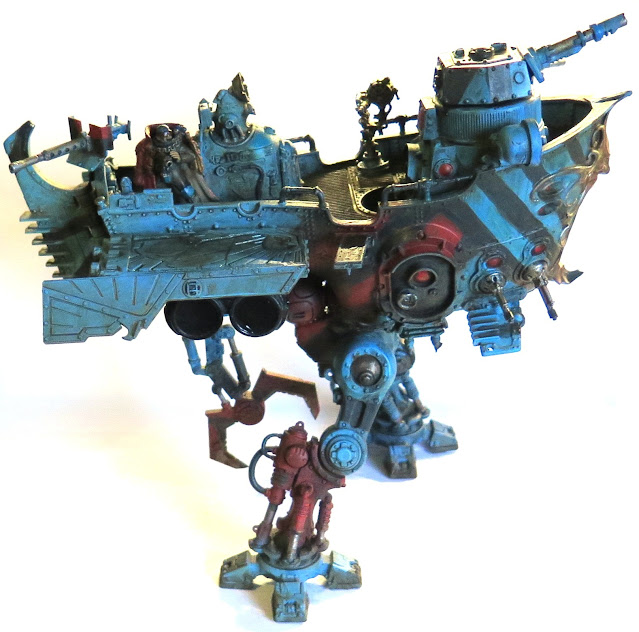 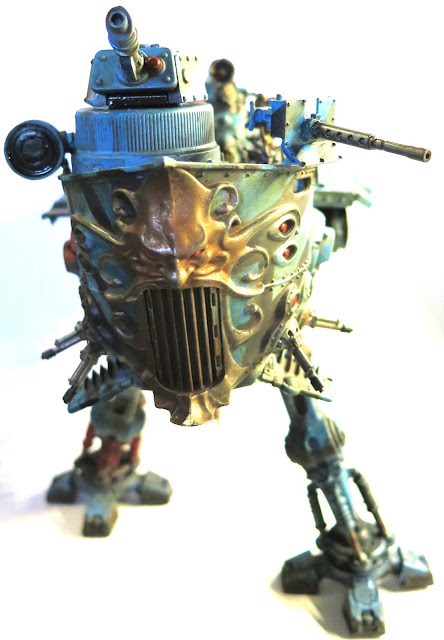 Kits: The Sump Pirates are a mix of various Necromunda gangs and spare parts. The Sump Spiders are Age of Sigmar Arkanaut frigates with 40k Defiler legs. The Sump Strider is an Arkanaut Ironclad with Knight legs. Buying these kits new and mashing them together is probably not a good plan. I just happened to stumble across them (or parts of them) at a convenient time.

How do the Sump Pirates maintain their cloak of unnatural secrecy? Are they the ancient remnants of a marooned Navigator house? Warp-touched pskyers? The owners of some mysterious artifact or source of mind-altering sump gas? Who knows. 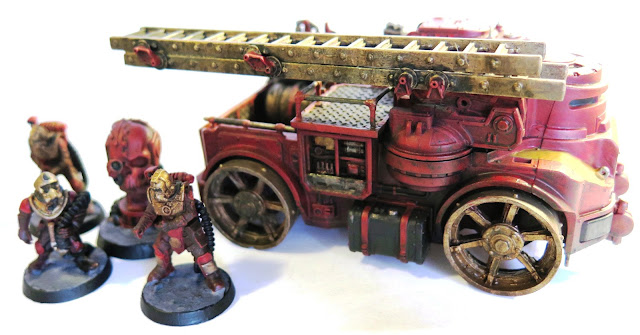 In the Dark Grimness of the Future Imperfect, things still catch on fire that should  not be on fire. The Deconflagrators rush to the blaze, connect hoses to ancient skull-shaped hydrants, and pour foam and water onto the flames. They are respected by citizens and outlaws alike, for the brief life of a Deconflagrator is spent in constant service.

Rubber melts and cloth burns, so the Deonflagrators ride on iron wheels and shroud their bodies in hissing cryosuits. With suitable ritual preparations, a Deconflagration Wagon can survive the heat of an alchemical fire or promethium spill.

Kits: The Deconflagrators are based on Forgeworld Titan crew. The wagon is a modified Goliath Truck with wheels from (of all things) the Forgeworld Malcador Infernus. The foam cannon is based on an old Ork cannon.

Two other models for Necromunda/Inq28 games: an Inquisitor on a bike from Wargame Exclusive and a humble water-seller. Pretty soon I'll have enough vehicles to run a Necromunda-themed 28mm Gaslands race.

Side Note: It's really odd that The Great Race (1965) predates Wacky Races (1968). It feels like it should be the other way around. The Great Race has all the hallmarks of a misguided adaptation, yet it's the origin. Oh well.