Brace yourselves for 40k minutiae. 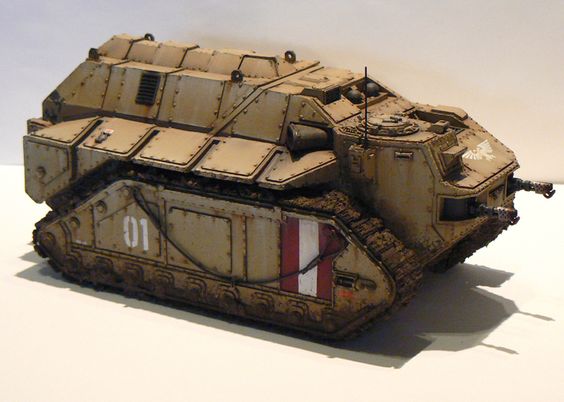 The Praetor Armoured Assault Launcher is usually pictured open, with its bank of ludicrous missiles on display. When closed though, the vehicle's shape is very striking. Since the Moribundan 1st Armoured Regiment doesn't use missiles or rockets, a Praetor wouldn't fit the general theme. I decided to convert the vehicle into an mobile command bunker; an upgraded Crassus Armoured Transport. 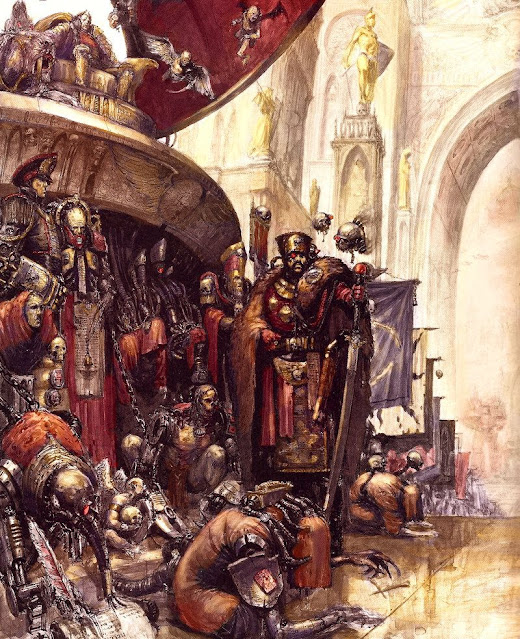 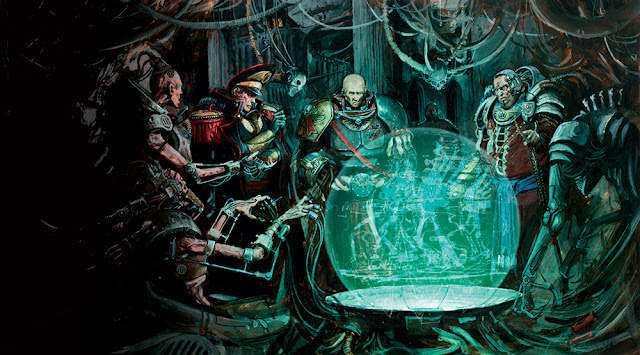 I don't normally do vehicle interiors or mini-dioramas, but the Praetor has basic interior details. After a long bath in paint remover and many hours of scrubbing, the vehicle's interior was ready for basic blocking. 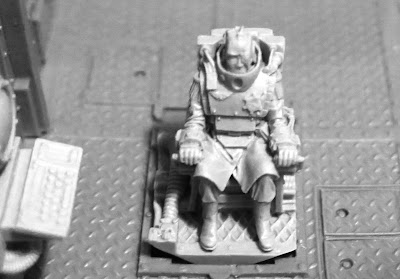 The Imperial Guard commander (based on a Titan pilot) is the focus of the scene, and the only seated figure. In front of them, advisors squabble and gesture. 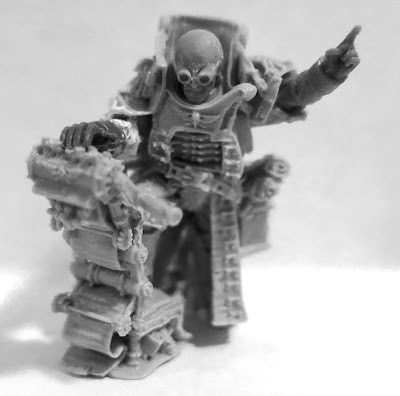 The Master of the Administratum types on an autoscribe with one hand while gesturing upwards with the other. The miniature's base is a Solar Auxilia commander, with a Genestealer Cultist head. Love the goggles. The base figure is ridiculously ornate and perfect for the scene. The plain shaven head creates a nice contrast with the layers of buckles, scrolls, and tiny gears. 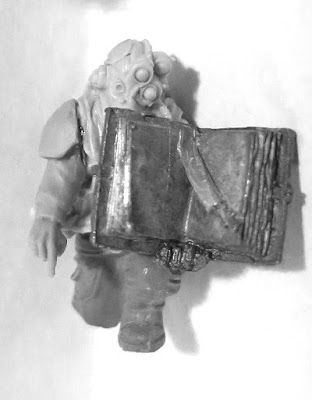 The Master reads from a book held by a kneeling Servitor (not show in the blocking because it kept tipping over). The book contains a few subtle Inquisitorial symbols. Perhaps the Servitor is not all that it seems.

The servitor subtly points downwards with its right hand, while the Master points upwards with their left. In standard Imperial symbolism, this indicates that the Master is supporting the action in question, but is wrong, while doctrine (represented by the book), does not support the action and is correct. 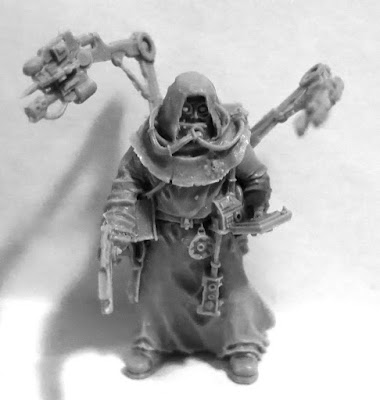 The Tech-Priest's right hand is an iron claw. Their left, flesh, holds a dataslate. The exact symbolism is obscure. They do not hold an Omnissian Axe for three reasons. First, openly displaying a weapon inside an Imperial command vehicle would be a breach of protocol. Second, the miniature didn't come with one. And third, it wouldn't have fit inside the hull. 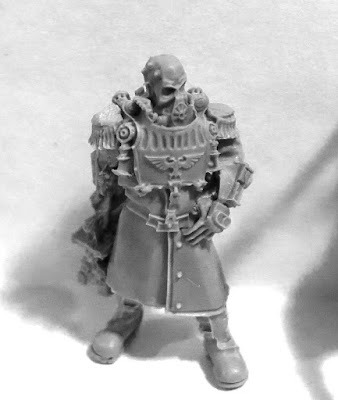 The last member of the tableaux (so far) is an Imperial officer, possibly representing the Imperial Navy, possibly the Commissariat. Depends on how I paint them, I suppose. Apparently this figure came with the Lucius Pattern Warlord Titan head. I'm not sure how I got it. The figure holds a scroll case in their right hand, but conceals it behind one leg, symbolizing an opinion withheld.

I'd like to put more figures in the scene, but the vehicle's roofline drops suddenly towards the rear, so there's not a lot of space. I'm planning on adding a small shrine and a kneeling Ministorum priest, facing away and to the side. The floor will be covered in cables, parchment, and candles (and skulls, of course). I'll also try to stick a few extra servitors and acolytes into the mix.

I want to create the sense that this Imperial commander is surrounded on all sides by contradictory advice, overwhelming and irrelevant information, factionalism, ritual, and prayer. Their pose is fixed, passive, staring straight ahead. Are they listening and evaluating or gripped by apathy and madness? In the Grim Darkness of the Far Future, is there any difference?