What I Read On My Vacation

I like taking holidays to isolated, internet-free areas and reading a book a day. Speed-reading is handy. There are always too many good books to read.

This post is not directly related to gaming, but I hope there's interesting stuff in it anyway. It's a glimpse of what I do for fun, if left to my own devices.

Through the medium of books, we are shown and taught the way of repentance, for we gain wisodm and continence from the written word. Books are like rivers that water the whole earth; they are the springs of wisdom. For books have an immeasurable depth; by them we are consoled in sorrow.
-Primary Chronicle, Medieval Russia's Epics, Chronicles, and Tales


Just stop lying you fucking fool. Stop making shit up...Are we better off that you lied? What if you had just related what you saw written down, and what your friend told you, and whatever your other sources were and had just given us that, straight. Would we know more? We would have had the history of a story and instead we got the story of our history.
-Patrick Stuart, reviewing The History of the Kings of Britain by Geoffrey of Monmouth 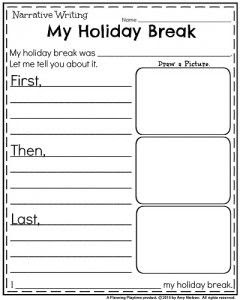 This book is a collection of translated source texts on all aspects of medieval life. I own better (or better commented) translations of some of the texts, but there were a few others, particularly the town charters, that were worth picking up. My copy is full of notes saying "write blog post on this" or "summarize this".

Recommendation: it's interesting, but not useful to most people. If you're vaguely interested in the middle ages, it's great diverse holiday reading.

Another collection of texts, but this time, there are long explanatory essays attached to each text and to each section. I'm delighted that I found this book, as I was almost completely ignorant of some of the areas it covers. Norwich's "Byzantium" series covered some of the topics, but from a very different perspective. He neglected to mention the legend of Oleg's land-based naval attack on Constantinople, for example. The monastic tales are fascinating. The poetry seems to be well translated (even if there are a few grammatical oddities in the essays).

Plus, there are lovely passages, such as this one, where an ailing Tsar reminds his children of his past exploits (and rolls on the Death and Dismemberment Table)


Two buffaloes tossed me and my horse on their horns; a stag once gored me;  one moose stamped on me, and another tossed me with his antlers; a boar once tore my sword from my thigh; a bear on one occasion bit my knee; and another wild beast jumped on my hip and threw my horse with me. But Got preserved me unharmed. I fell many times from my horse, fractured my skull twice, and in  my youth injured my arms and legs when I did not reck of my life or spare my head.
-Vladimir Monomakh, Instructions to His Children

I'm also going to write a post (at some point) on the Battle of the Kalka River, the Mongols, and what an invasion feels like, and how to use it in an RPG.

I also want to write a post on Afansy Nikitin's journey. Patrick Stuart has already reviewed the story of an arab sent as an ambassador to the Bulgars. This is almost the opposite; Afansy is just a normal Russian trader who got robbed, got lost, and spent years wandering the world. His travelogue is palpably tragic and distressed, but it's also full of useful gameable ideas. You can download a translation here, but the translation in Medieval Russia keeps in all the... interesting bits. The linked version is bowdlerized.

Recommendation: worth reading if you're interested in history. A fantastic reference volume.

Graphic novel, page count not given
Published by: Vertigo

I wanted to reread the book, particularly Hyde's sections, in the context of this essay. Conclusions: still not sure. Probably best to move on.

If you've been following this blog for a while, you'll know I'm a huge fan of Tuchman's work. This book is part of her WWI series, and, as expected, it's astonishingly good. It's a collection of essays, but the essays are so skillfully linked that the seams are invisible. It's pure high-octane brain fuel.

And my god, her use of quotations. I never get the sense that she's quoting something out of context. Every time I dig into the source texts, I find that she's chosen the perfect line to reflect the sentiment or intent of the original piece. Nobody's words are twisted to fit her narrative. No one is quoted for effect. It's beautiful. Read Tuchman for study like you'd read Dickens for character.

Recommendation: Read this book. If you're at a used book store and you see something written by Tuchman, buy it, and I promise you'll enjoy it, even if history "isn't your thing."


Selections from my notes on The Proud Tower:
"Tuchman often writes paragraphs that start with a sudden, explosive declaration, then jump backwards to fill in the background. The initial declaration draws you in and makes you want to race ahead to find out how such a thing could happen. It's a great device, and it's used sparingly, so it doesn't feel click-bait-y."
"Tuchman's descriptions: a physical sketch, and a few anectotes or quotes to establish character
Gibbon's descriptions: a very loose physical sketch, and a moral judgement."

While reading her chapter on Germany and Strauss, I scribbled "Can we learn more about an era by studying the works that are popular only during that era but are forgotten afterwards than by studying works that are popular in that era and afterwards (timeless classics)? Wagner vs his imitators." And I'm not sure where I want to go with that thought.

"Extraordinary that Kipling could write the Recessional in 1897 and The Gods of the Copybook Headings in 1919 but somehow also write The White Man's Burden in 1899." I then added, six days later, "fucking poets" in the margin.

"Churchill said*, 'democracy is the worst form of government except for all those other forms that have been tried,' but reading about the 'democracy' that first elected him, I'm not sure he really has the authority to claim a damn thing about democracy."
*he technically didn't, but I didn't remember that while writing my notes.

And then, in what appears to be a drunken scrawl, "Kaiser Wilhelm II on Twitter, by god!" 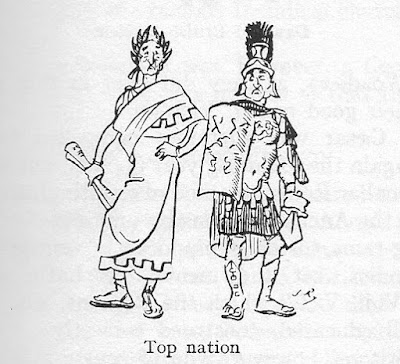 Hilarious, of course. The easiest way to test your knowledge of history is to read 1066 and see if you get all the jokes in the relevant section.

But it also has good worldbuilding advice. History is the bits of Stuff that Happened that are Memorable. History happens in Waves. Everything and everyone Memorable is either Good, Bad, or Experimental. Apply these principles to your setting.

Recommendation: if you like modern historical fiction, you'll really like this. If you're doing any kind of community building in your RPGs, this book is full of useful content and situations. The translation is very clear and very readable.


Book 7: The Hero with a Thousand Faces

I bought this book thinking it would be a bridge between Frazer and Lucas. It wasn't.

Frazer writes clearly, with a hint of dry wit and a few touches of sentimentality. Campbell writes like a stage magician. He huffs and puffs and throws words around. He uses all the worst tropes of his Freud-addled age. He quotes to disguise gaps in his theory. He abridges myths, drops inconvenient details, skips entire sections, and then handwaves with "as you can see" and "this is just one example" and other tricks of the huckster-historian's trade.

I got so fed up that, to keep myself interested, I started translating the myths from
overwrought Freudian blather into overwrought Marxian blather. I'm happy to report that I've discovered just as much "deep hidden meaning" by this method as Campbell ever found by using Jung and Freud. "The golden ball represents Capital, while the 'repulsive' frog is, of course, the oppressed but virtuous worker..."

Recommendation: skip it. If you want comparative mythology and don't care about accuracy, read the Golden Bough. If you care, read a modern work on the subject. If you want to learn about Star Wars, read the article I linked to above. This one's going back to the bookstore ASAP.

I love reading books about one of my favorite eras. Seward does a decent job, but he has a few flaws. He starts each chapter with a quote from an unrelated source or two (Anthony and Cleopatra, etc.) that is semi-related to what he considers Elanor's character to be. It's irritating. Don't quote other people out of context to make a point about a completely unrelated event. It cheapens the book and removes any chance of the author remaining neutral. Seward is also critical of some sources but blindly follows others, even when they are dubious and should be treated with more caution.

Nevertheless, the book is a good introduction to the era. I'd watch The Lion in Winter first.


Selections from my notes on Elanor of Aquitaine:
"Lots of good material on illegal castle building."

"Seward is firmly on the side of Richard I being a homosexual, and actually backs it up with proof and quotes... but he was writing in '78, and his views come across as a bit limited these days. Still, good proof that you can play whatever character you want if you're either very rich and powerful or very poor and completely powerless."

"There's also evidence (which Seward, once again, treats as absolute fact) that Richard I died as a result of a hapless farmer finding a hoard of gold in the ground. The gold got confiscated immediately by the farmer's lord, and then by the local count, but the count refused to give it to Richard. Richard besieged his castle, caught a crossbow bolt in the neck, and died. More evidence I was right on how Taxes should work."

-Ryuutama (it's good!)
-The Nibelungenlied (it's not Wagner, and I'd write a comparative essay, but literally thousands of people have got there first. Instead, listen to Anna Russel.
-The Jew in the Medieval World, Jacom Rader Marcus (haven't started)