First, go follow Benton Molina. The core of this idea was stolen from him. Other bits were taken from the Dvargir in Veins of the Earth.

They are self-created, and will tell you this. Fleeing some ancient cataclysm, their race - whatever it once was - hid itself in crystals. As continents folded like molten glass and the seas boiled, the Dvergr were buried, subsumed, and hidden. They are slowly waking up.

The flesh-parts of a Dvergr are a shell, a mobile work-suit. The core, the soul, is a red corundum-like crystal known as "homunculite". Their physiology is simple, sturdy, and robust. Most poisons do nothing. Their paunch is fat storage. Their digestive system is simple and brutally efficient. Their head contains a few sense-organs and an alcohol-soaked sponge.

Alcohol fuels their physiology. They don't get drunk, but a well-fed Dvergr always appears slightly, pleasantly, buzzed. In a good mood, when discussing work or plans or other Dvergr, they speak like W. C. Fields, with much clearing of phlem and twitching of nose. They are connoisseurs of all things.

The secret of distillation has yet to reach the surface. Wine will sustain a Dvergr, though they will drink a full bottle a day. Beer simply isn't strong enough. Alchemists and wizards can produce enough "aqua vitae" to satisfy a Dvergr found near the surface, but both are rare. In the Veins, alcohol is more common. The Olm distill ferociously strong liquor by secret and well-guarded methods. Illithid science, properly applied, can turn nearly anything into ethanol, though the strange squid-creature do not drink it themselves. The Dvergr also produce their own liquor.

To incarnate a Dvergr, you must first find a homunculite crystal. Transport it carefully; it's the size of your head, and although it's difficult to damage it's easy to lose or drop. Put it in a large stone urn or clay pot. Add a bottle of strong liquor, fifty rations of good protein-rich food, and a sack of dried mushrooms. Dead beetles will also work. Loosely seal the urn and place it somewhere warm. In four months, pour in another bottle of liquor and place a glass near the urn. If all has gone well, the Dvergr will emerge, drink the glass, and ask for clothes and tools. Generosity is well rewarded.

Enslaving a Dvergr is very difficult. Their flesh is difficult to chain, pierce, or mark. They are very expensive to feed if you can't produce your own alcohol. They are superb engineers, cunning masons, and, occasionally, murderously focused missiles of death.

You can't enslave them, but they seem to be easy to bribe.

The Dvergr seem to have only one goal; the acquisition and incarnation of more Dvergr. They mine for homunculite, casting up great streams of iron, gold, silver, and gems as they delve and quarry. Their task is solemn but vital. Everything is evaluated by its utility to the Great Work. Idle moments are impossible. Dvergr idly carve, embellish, polish, and order their world.

Incarnate a Dvergr and it will offer you a favour. You would be wise to accept; wiser still to haggle slightly while holding another bottle of liquor. The Dvergr believe in fair trades. "Fair" does not mean "nice." The Dvergr is balancing an equation.

A single Dvergr, working tirelessly and precisely, can construct a small fortress, a bridge, or a sanctuary. It can carve gems or work metal, though it will not produce weapons. When the task is complete it will vanish into the Veins. If you instead offer an incarnated Dvergr a piece of homunculite, it will make the same bargain with the same terms. Work for work. Value for value. You cannot give the Dvergr a gift.

Other bargains are possible. Protection while the Dvergr work a promising vein. A great cache of homunculite. Access to a dangerous area. Many of the greatest fortresses and citadels in the Veins were built by the Dvergr.

They will not enslave you. If you are not useful, they will simply ignore you. Or kill you. It's not personal. They do not think you are a person.

The Dvergr territory on the hexcrawl map is small and isolated. Illithid fortresses surround it on all sides. Yet, strangely, the Illithids and the Dvergr are not at war. The Illithids cannot eat the Dvergr's crystal brains; the Dvergr don't necessarily mind that the Illithids prey on other races.

Their cities are mining works, catacombs, and workshops. Sleeping Dvergr, divested of their flesh, lie in rows, resting after many years of work. Vast halls are filled with treasure and mining engines.

While climbing through a rockfall, you spot a boot crushed under a boulder. A red gem glitters in the darkness. Or you cut open the belly of some horrible beast and, among the bones of other creatures, you find a blocky red stone.

Or, while traveling, you encounter a scouting party of Dvergr. They move in darkness and near-total silence. They carry a blue-white lantern but keep it covered; it will only be used to blind sighted creatures or aid in conversation. There will always be five of them (unless the Veins has killed one or two). Two with rope and pitons. Two with crossbows and picks. One with a lantern and a map.

If they outnumber you, outgun you, or believe they can safely act, they will ask questions. Always the same questions, always in this order. The words might change to fit the language.

They will ask the questions, in the same order, no matter what your response is. They will repeat a question until they have a satisfactory answer. If you value your life, do not lie - they seem to be able to sense lies. People who hoard homunculite and lie to the Dvergr tend to vanish mysteriously.

Once the initial questions are complete they will ask others and seek clarification.

They are dour, busy, and focused. There is work to be done. Delaying the Great Work is a declaration of war. Assisting in the Great Work is right and proper. Cave raiders avoid the Dvergr; their flesh is edible but their alcohol-soaked tissues are dangerous. Lack of judgement and coordination is deadly in the Veins. The Dvergr also carry powerful crossbows. Even their tools are weapons.

But the scouting party will be polite. They do not believe information has intrinsic value; only work and time have value. You can ask them questions, and if they feel like answering they will. 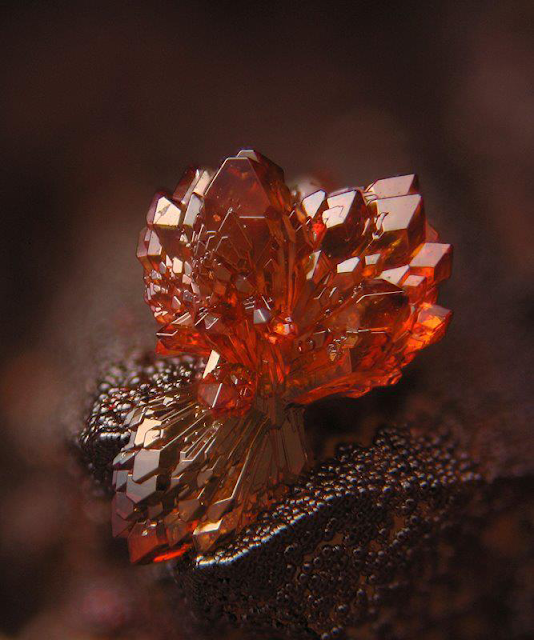 Dvergr Personalities
Very human, but engineer-like, slightly distant, slightly off. Focused to the point of mania. They tell jokes, but they are all in-jokes. You had to be there.

Dvergr Names
Boring. They are numbered. They only use the last few digits. 301. 222. 810. Roll 1d100 for each. They will invent names and adopt genders if needed. Their diplomat-merchant-questors are usually called "David."

Straight. Joints at right angles, if possible, or at pleasingly even facets if not. Unmarked square shafts plunge hundreds of feet straight down. Pumps hum in the darkness. No life is permitted to grow in an active Dvergr mine. In ancient workings, every surface is embellished with meaningless fractal spirals and columns. The Dvergr never carve birds or vines or fruit. Their designs are strictly abstract.

Their mines creep into many territories, secretly delving for homunculite crystals. The micro-mine, a shafts are so narrow the miners need to crawl in single file for league after league, is a Dvergr specialty. If they cannot patrol a mine they will collapse, flood, or seal it.

Their cities are like their mines, except with apartments in endless galleries, squares, banks of resting fleshless Dvergr and storehouses full of tools and worked goods. If they have leaders, no one has ever seen them.

Some people think the Dvergr can sense lies. Some people think they can sense the future. The truth i is more complicated. The Dvergr can sense carelessness and craftsmanship. They can't sense it through walls, and to detect fine details they usually need to hold the item to their twitching, bulbous nose, but they can use it to see in the dark. This is why their mines are carved, their tools are engraved, their very boots carefully and meticulously engineered.

A well-designed item, built by someone who cared about their work and tested every part of their design, practically drips with congealed thoughts. A well-edited and thoroughly researched manuscript oozes and bubbles. A mass-produced coin means nothing; it is worth no more than its weight. A forgery can carry more value than an original.

Carelessness glimmers, sharp and warm where craftsmanship is liquid and cold. The Dvergr can sense a poorly-tied knot, a lazily forged sword, a carelessly written letter. They don't hate it, not quite, but it does bother them. A Dvergr might rush over to a hastily tied rope and re-tie it just before the PCs begin a dangerous descent.

A well-crafted lie or a hasty story has a different scent than the truth.

They do not mass-produce. They iterate. Every item they create is the best they can make; each one is a slight improvement over the last.

1. Occultum
They mine it and refine it. No one is sure how. Perhaps this is their magic, because aside from a few minor spells and stone-speaking they have few spells or talents.

They prefer to trade in gold, silver, or gems, but if they must they will pay in occultum coins, flat and featureless, massless, smooth, and elegant.

2. Work
A Dvergr will always trade more work for less work. They might give you an unworked gold brick for a well-crafted sandwich, or a filigree gold ring for an obsessively forged magic spoon. Work matters. They desire a monopoly on work.

3. Food and Liquor
They have farms, where herds of strange stunted cattle graze on mushroom fields, fed by carefully diverted surface rivers and alchemical processes. Their liquor is strong but variable. They desire delicacies and treats. The Olm will pay for raw calories, and the Ghouls will eat anything, but the Dvergr will pay handsomely for rare, well-made, or unusual fare. Rat-on-a-stick is a traditional trade-meal.

4. Tools
Excellent rope, sharp axes, strong steel, and well-made goods. Entire cultures live in houses made from discarded Dvergr packing materials. They produce no art, but you could put one of their pickaxes on display in a gallery.

5. Transport
The Dvergr have mines everywhere. If you don't mind crawling for a week through a 2'x2' shaft, they can get close to any location you care to name. If you insist on traveling through the Veins they can provide maps.

6. Death
The Dvergr have a plan. They will, in time, rule the world. Not just the Veins, but the surface, the sky, the void. Every workable surface will be worked. Creation will be put into its proper, Dvergr-designed order.

No one else may accompany them into this glorious future. Therefore, they destabilize societies, set back technological progress, sabotage alliances, build provocative fortresses, allow secret weapons to be stolen and used, and silently, efficiently, maintain their lead. They pay for assassinations, suicide missions, and other unpleasant destabilizing activities. First rule of strategic planning; when you are ahead, get more ahead.

If they can also accumulate worked goods in the process, so be it.

They have wizards. Secret, mercilessly efficient wizards, breeding specific spells for specific purposes. Genocide engines. Ecosystem levelers. It will be centuries before they are ready. Most Dvergr don't know the details, but they have complete faith that the Problem is being Dealt With. They are half-aware of the der0, but their craftsmanship-sense easily detects der0 manipulation, and the der0, as far as anyone can tell, find the Dvergr boring and useless and a dead end. It is possible they created each other, or sprung from the same source, or are the same things in different points in some convoluted insane life cycle
Posted by Skerples at 21:13