I've been running a hack of Arnold's GLOG system for about a year now. Here's my version of the rules. The actual rules are very compact and partially incomplete, which is part of the GLOG's charm. The bulk of the PDF consists of classes, spells, and useful tables.

Chances are fairly good I won't update this PDF for ages, but that's OK. 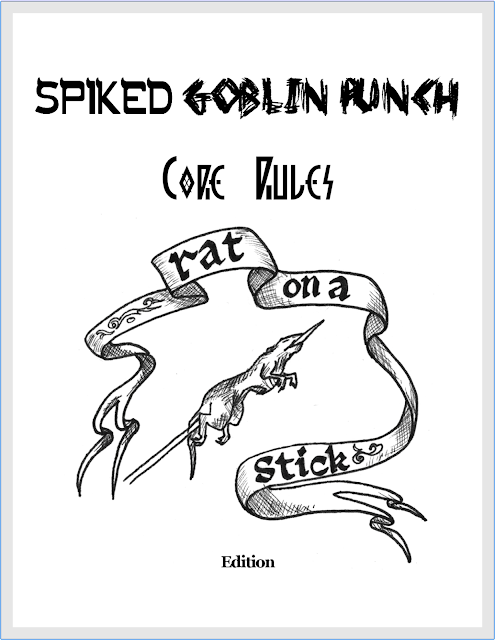 I've edit them to be shorter and more consistent, but they're still cross-compatible with all other GLOG spells/classes


For a few reasons. Obviously this wouldn't work for a heroic game.
1. Humans are squishy.
2. Keeps things dangerous. You can never reach a level where three goblins with sticks stop being a threat.
3. Means you can roll under HP for certain tests. Life drain, for example.
4. Means that Fighters and Barbarians get better HP faster but not forever. Wizards eventually catch up. That way, I can focus on making healing or fighting or damage reduction their design space rather than just a total HP value.
5. Means I don't have to do weird math to scale damage. 4d6 damage is always scary. A 1d6 dagger is always important.
6. My players very rarely die to HP loss.
7. Makes lunches (healing 1d6+Level HP) valuable at all levels, not just early on when HP is low.
And 8. Because a new player very excitedly said "HP goes over twenty!?!" when leveling and it made me ask why. All the other numbers on the sheet are 20 or under.


I've never been a fan of either alignments or convictions. Real world people are complicated. PCs should be complicated too. It's worked out so far.


Rather than a fancy mechanic, I've left skills as more-or-less descriptive modifiers rather than mechanical effects.

Email ThisBlogThis!Share to TwitterShare to FacebookShare to Pinterest
Labels: OSR